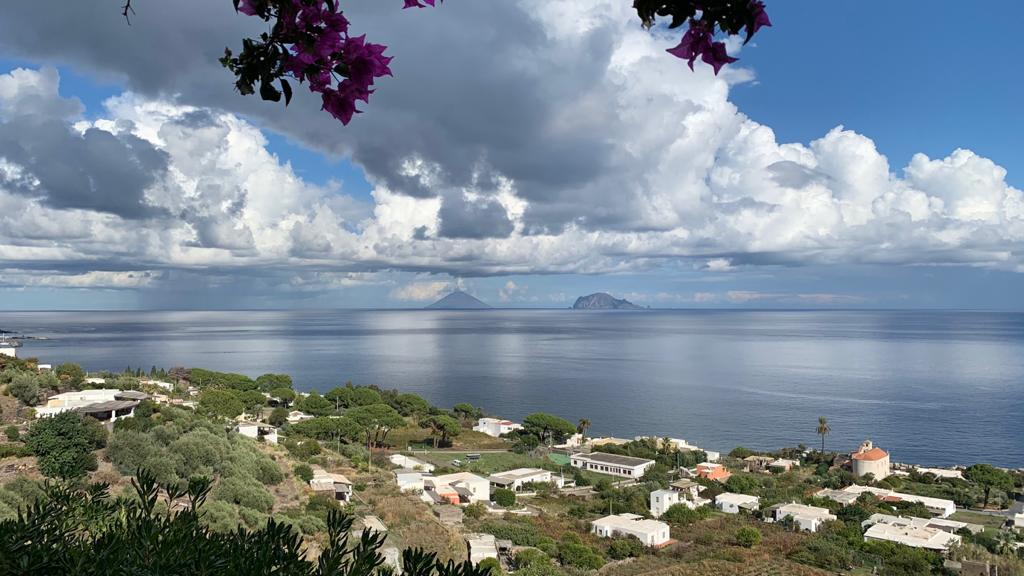 We’ve just spent 4 days in Salina and Stromboli walking on the slope of Monte Fosse delle Felci (980 m), trekking to an altitude of 400 m on the island of Stromboli, visiting the tiny village of Ginostra, listening to stories about Aeolian immigration to Australia, learning about the roller-coaster history of local Malvasia wine production (interrupted by the destructive grape-phylloxera insect) and about the tsunami damage in 2002 caused by two magma landslides with 8-meter waves. We also learnt how to live in close proximity with a volcano, and – last but not least – about the Belgian Royal family’s visit to Salina and the love story between Ingrid Bergman and the film director Roberto Rossellini. There was a lot to take in!

By the end of the tour, when we arrived at night in Milazzo harbour on the ‘Continent of Sicily’, it felt as if we were in New York or in ‘Merica as the emigrants call it: lights, crowds, noise, cars, and masses of people talking. What a dépaysement!

Back in my office, I’m preparing some pasta with capers (capperi) from Salina, tuna, and onions. Someone told me that writing about travelling means travelling twice! He was right.

We are now planning the next tour to these enchanting islands in April 2021.

Happy to reply to your questions. We are waiting for your booking!